This post is part of a virtual book tour organized by Goddess Fish Promotions. David McCracken will be awarding a $10 Amazon or Barnes and Noble GC to a randomly drawn winner via rafflecopter during the tour. Click on the tour banner to see the other stops on the tour.

Woman suffrage—wasn’t that just about women in long skirts getting the vote years ago? Didn’t the 19th Amendment settle that in 1920? No, the “Prices of the Vote” in my subtitle alludes to that ongoing struggle. The first price was to exclude non-white women from the discussion, and it is still being paid, even by Native Americans. The fact that a major political party in the United States is actively working to curtail voting, especially by non-whites and, yes, women, indicates the struggle is not won. As my novelette makes plain, by the 20th century, the resistance to woman suffrage was intimately bound up in resistance to black woman and black man suffrage. And look where the resistance is focused now. It is even using the filibuster that was the center of the South’s resistance to civil rights. Now the “party of Lincoln” is leading the repression, though it previously led the civil rights fight.

The struggle for woman suffrage was one of the great dramas of our time. Imagine, throughout most of the world, half the human race, men, held the other half, women, in bondage. Yes, even white women were chattel, limited in their right to education, occupation, and property, even in their rights to their children. I choke up, still, when I read my account of the conclusive fight in the Tennessee House. I hope that by humanizing the struggle through a fictitious heroine with her hopes and feelings, the drama will come through for you and thus bring the necessary historical background alive. It is more current than we (men) would like to think. I am gratified that many reviewers have felt it.

I will continue the story in coming volumes. I hope to have the next one, Far Beyond Woman Suffrage: Testing the Limits, ready by 2/2/22. You can see how I’m coming on that through my website for all my books, DoFancifulFlights.com. In addition, I’m working on a couple of other books to fill out the promise of that title. Stay tuned in. 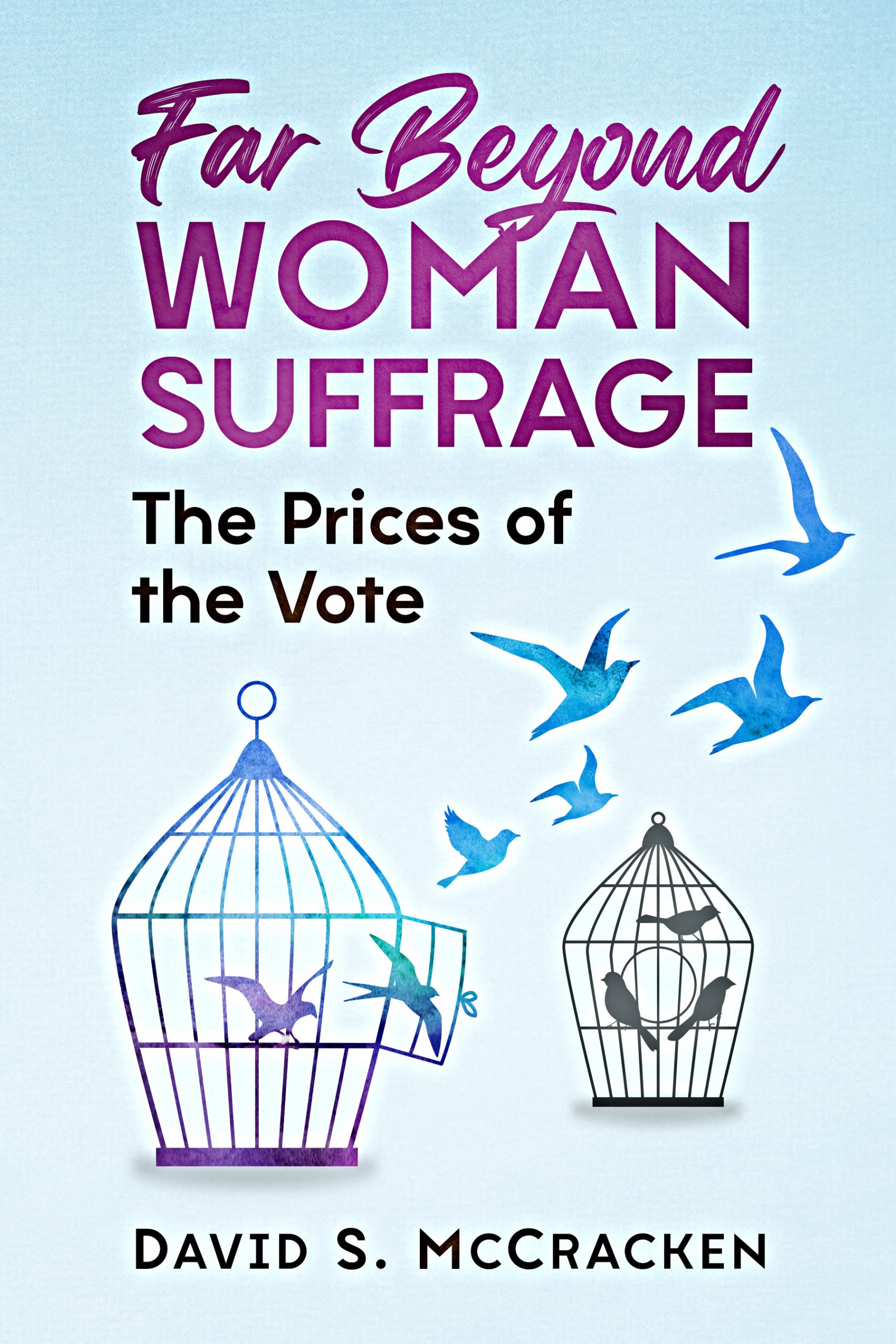 Far Beyond Woman Suffrage: The Prices of the Vote

It isn’t just about women in long skirts finally voting. The racists and the rich know that, and the politicians worry.

Mercy Martin has an inside view as the battle for woman suffrage nears a climax, but she encounters many puzzles:

• So many women and Southern states oppose votes for women;
• So many people are afraid it would bring on free love, abandonment of family, economic catastrophe, or communism.
• So many suffragists are willing to abandon black women voters.

From an innocent teen to a young adult, Mercy has a central role in the campaign. She advances from confinement in a suffragist jail cell to the national campaign for the suffrage amendment. She campaigns around Tennessee, ending at the capitol for the explosive climax in the last state that might ratify the amendment and grant the vote to women.

Why should something so clearly right be so hard, and why were some bitter compromises made? Mercy is right in the middle, relied on by key players. Along the way, she acquires a husband, a baby, and better parents than she was born with.

This is an intimate view via alternative historical fiction, as accurate as it can be and as thoughtful and moving as it must be. In this first novella of a series, Mercy jumps into the campaign for woman suffrage and prepares for a vital role in the coming decades. She’ll continue on into the wider civil rights struggle growing out of woman suffrage.

I excitedly wait before my shift on the line to discuss with Miss Sue news I heard about, that the House approved the woman suffrage amendment 274 to 136 two days ago! “So, we’re almost there?” I ask her when she’s passing by, checking how we pickets she’d assigned for the day are doing.

Her mouth tightens: “Sweety, we’ve just begun. That’s just over the required 2/3, and I understand the Senate will refuse even to debate it until October. “

“How can that be? Don’t they know it’s right … and important?”

“They’re afraid of the heat they’ll get from both sides and probably can’t line up the votes to pass it. In Southern states, a vote for woman suffrage is political suicide because negro women there would be able to combine their votes with Northern liberals.”

I look down: “Then it’s hopeless?”

“No, an election is coming. If they postpone a vote until after the election, we might win the few more seats we need.”

“Don’t worry. We’re not letting any of them off the hook, especially not Woodrow Wilson. It’s his Democratic party, his responsibility. No excuses. He’s got to produce the votes.” 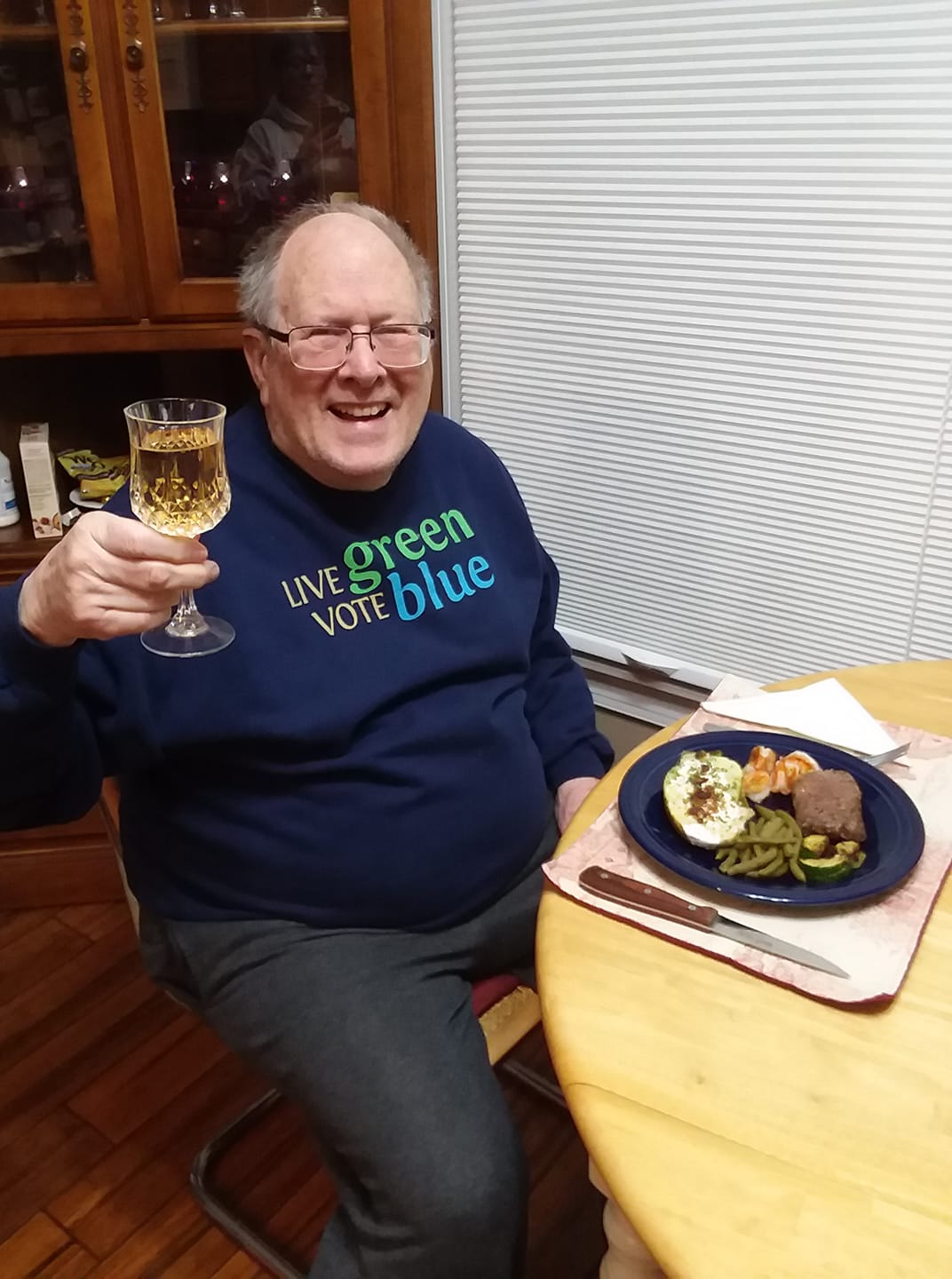 David McCracken became a political activist when the Supreme Court ruled against school segregation. Fellow students joined him in urging the school board in Winchester, KY, to integrate immediately. He campaigned for a Democratic governor and joined the ACLU before he graduated from the University of Kentucky. After debating at U.K., he got a degree in economics and a job with the U.S. Department of Commerce.

When his daughters approached school age, he became increasingly concerned with how he wanted them schooled. Researching that, he decided teaching was what he really wanted to do. He got a master’s degree in elementary education at Murray State University. He taught for several years, until the fact that his girls qualified for reduced-price lunches based on his salary got to him. Ronald Reagan’s anti-government policies prevented him from returning to government work, so he took programming courses and shifted careers again. Programming was like being paid to solve puzzles all day, but teaching eventually drew him back until retirement.

For many years of this time, he was working intermittently at a novel that became Fly Twice Backward: Fresh Starts in Times of Troubles. This concerned his waking on his twelfth birthday, trying to figure out what had happened, following his new opportunities, and ultimately outliving an evil president resembling Donald Trump. After thirty-six years, David finally published it as an interactive alt-history Kindle novel. He soon started, Far Beyond Woman Suffrage: The Prices of the Vote, an alt-history novelette dealing with the campaign for woman suffrage. He finished this piece in just ten months. At 81, he is bold(?) enough to plan this as the first of a six-volume set dealing with the far-reaching results and implications of woman suffrage. His completed novels and another in the works are presented for discussion on a new website, DoFancifulFlights.com

David now lives with his third wife, stepdaughter, and step-grandson near Winchester, VA. He has a son from his second marriage, six grandchildren, and two stepchildren. And a wonderful black dog with four white feet.