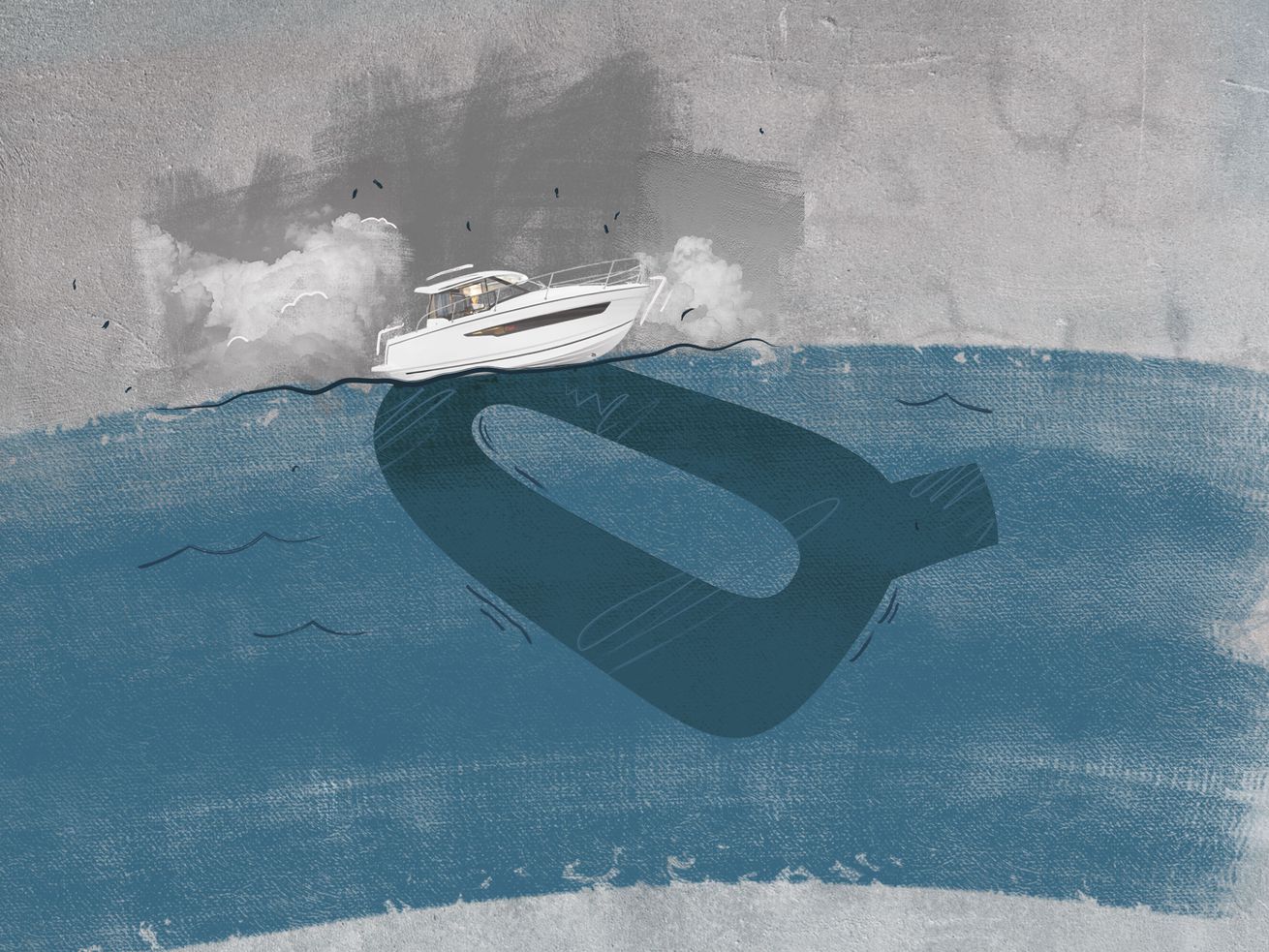 What is QAnon and why does it matter?

SALT LAKE CITY — Advocacy against child sex trafficking has surged in recent weeks with concerned individuals posting hashtags like #savethechildren, sharing images of young girls with their hands tied up captioned, “The real pandemic is child sex trafficking,” and even marching while chanting “Child Lives Matter.”

Child exploitation is a widespread problem that has gotten worse during the pandemic, according to Marci Hamilton, founder and legal director of CHILD USA, a nonprofit based in Philadelphia that is committed to ending child abuse and neglect. She said her organization has “never been busier.”

But an online conspiracy theory community called QAnon may be one of the main drivers of this sudden uptick in posts about child trafficking on social media, says Brian Friedberg, senior researcher at the Shorenstein Center on Media, Politics and Public Policy at Harvard Kennedy School. Freidberg worries that many people posting about the issue online may not be aware that QAnon conspiracy theorists have played a key role in making it go viral at this time.

Members of the QAnon community, an unorganized group of individuals who sympathize with posts by an anonymous figure “Q”, believe the unsubstantiated claim that there is a global child trafficking ring run by powerful people in Hollywood and politics who use children as sacrificial objects, either for sadistic pedophilia or to harvest a chemical compound found in blood called adrenochrome, said Friedberg. Other conspiracy theories pushed by the group touch on issues ranging from politics to science. A common theme is that President Donald Trump is aware of the secret evils in the world and working to fix them, Friedberg said.

The recent wave of advocacy to end child trafficking, involving marches planned around July 30th’s World Day Against Trafficking in Persons, presents a more palatable view. But it is all ultimately rooted in QAnon, said Travis View, one of the hosts of a podcast called QAnon Anonymous.

“The people who bind to the general vague, abstract ‘Save the Children’ message without being aware of its QAnon origins, is a new and interesting phenomenon,” View said.

During the pandemic, interest in QAnon has exploded, as people are spending more time on the internet and grappling with overwhelming uncertainty, said View. Research by Marc-André Argentino, a Ph.D. candidate at Concordia University in Montreal, shows that in the last 22 weeks, the interaction rate on QAnon-related Facebook pages has increased 232%. Google searches, YouTube searches and Twitter posts have all seen massive increases as well.

Meanwhile, QAnon rhetoric is seeping into political discourse, View said. Well-known figures from Roseanne Barr to Trump himself have shared QAnon content. More than a dozen current Republican congressional candidates are self-avowed QAnon sympathizers. And while attention to the issue of child trafficking is undoubtedly a positive thing, View and Friedberg worry that certain posts shared by QAnon supporters are meant to recruit people to the conspiratorial belief system. At a time when misinformation, especially about the coronavirus, is rampant, a group like QAnon is particularly dangerous, they said.

“This is something QAnon followers often do, they point to the grain of truth within their own theory, then they extrapolate their entire deranged worldview,” said View. “It is a growing cult-like extremist movement that is roping in a lot of innocent people.”

What is QAnon? Or rather, who is QAnon?

QAnon emerged in October 2017 when the anonymous figure dubbed “Q” posted on the website 4chan in a thread about the Mueller investigation. Q claimed to have high-level government security clearance and insider information about the imminent arrest of Hillary Clinton, according to Friedberg. Q gained legitimacy, despite the fact that Clinton’s arrest never came to pass, and developed a following by frequently posting cryptic messages called “Q drops” for people to decipher.

After being kicked off of 4chan, moving to 8chan and finally ending up on a website called 8kun, Q continues to post. There have been more than 4,000 Q drops since 2017. But to this day, no one knows who Q is.

The QAnon community, however, stretches far beyond those who use 8kun, and its philosophies encompass numerous conspiracy theories without direct links to Q’s posts, said James Tabery, associate professor of philosophy at the University of Utah, who has studied conspiracy thinking. Rather, QAnon is a network of people across platforms who sympathize with Q’s messages that there there is a deep-state cabal set on exploiting the good people of the world and undermining Trump’s presidency.

The “pizzagate” conspiracy acted as a springboard for QAnon, said Tabery. That debunked rumor, which gained steam during the 2016 presidential election, accused Hillary Clinton and other high-ranking Democratic Party officials of operating a child sex-trafficking ring with the cooperation of restaurants like Comet Ping Pong Pizzeria in Washington, D.C. It culminated in Edgar Maddison Welch, a 28-year-old man from North Carolina, traveling to the restaurant armed with an AR-15 style rifle in an attempt to rescue the alleged child sex slaves. He was arrested after firing three shots, and no one was injured.

More recently, the arrest and death of convicted sex offender Jeffrey Epstein in 2019 and the arrest of his alleged accomplice Ghislaine Maxwell this year, have stoked the flames of QAnon’s belief in a mass network of powerful people participating in a human trafficking scheme, Tabery said. Dozens of women have come forward saying they were sexually abused by Epstein, including many who have said they were underage at the time and were also abused by Epstein’s friends.

But while QAnon’s theories about international sex trafficking may be mingled with truth, speculation doesn’t stop there. Some sympathizers have pushed unfounded theories that John F. Kennedy is still alive, that Trump planned the Mueller probe in order to mobilize personnel and investigative resources that would uncover Democrats’ wrong-doing, and that figures like Bill Gates and Bill Clinton are responsible for the coronavirus.

“Part of what’s difficult about trying to characterize QAnon is that it is so amorphous,” said Tabery. “Ask 10 different QAnon sympathizers what they believe, and you will get 10 different answers.”

View said that QAnon is more than a single conspiracy, it’s an entire belief system or way of thinking that people buy into.

“The general principle of QAnon is that whatever the mainstream narrative is, whatever science or the medical authorities is saying, is really a front, and the truth is something worse and more sinister,” View said.

Why the sudden wave of concern about child trafficking?

Children are more at risk of exploitation than ever before, said Hamilton. That’s because they are spending more unstructured time on the Internet since normal schooling and summer activities have been canceled due to the coronavirus, she said.

“Children have never been more available to people who prey on them online,” Hamilton said. She declined to comment on QAnon.

Sarah Bendtsen, policy counsel for Shared Hope International, which is based in Vancouver Washington and focusses on ending child sex trafficking, said that high-profile criminal cases, like Jeffrey Epstein’s, and conspiratorial accusations — like that Wayfair was using overpriced cabinets as a front for selling children — have brought increased public attention to the issue of sex trafficking.

“It’s kind of a dance between a real present threat and invalid coverage of trafficking, but it’s still gone mainstream particularly on social media,” said Bendtsen. “I think it’s an unprecedented time of the whole country trying to figure out how to ensure the well-being of children.”

While the Wayfair conspiracy originated on Reddit, according to Snopes, QAnon was one of the main amplifiers of the theory, said Friedberg. In general, the QAnon community has capitalized on the growing concern about child trafficking, he said.

“All of us can agree, everyone is against sex trafficking,” said Steven Smallpage, assistant professor of political science at Stetson University in DeLand, Florida, who is an expert in conspiracy theories. “The hook is, ‘Given that you think sex trafficking is evil, let’s punish the people (allegedly Democrats) who do it.’ That’s where QAnon takes the reins.”

On Tuesday, the Trump administration announced it is awarding more than $35 million in Justice Department grants to organizations that help victims of human trafficking. While the move was widely praised, some people, including Smallpage, see it as a way to distract from domestic problems, including racial tension and the Black Lives Matter movement.

“A lot of it just fertile ground for conservative politics to take a very salient, charged, symbolic issue to change the narrative away from the economy, domestic strife and the pandemic,” Smallpage said.

Hamilton said it is sad that anyone would use the suffering of children to advance their interests. “Children can’t be protected if what we’re doing is obsessing about politics.”

Why should we be concerned?

Experts agree that the biggest threat QAnon poses is in spreading disinformation, particularly in relation to the coronavirus. According to View, QAnon networks have served as an accelerant for anti-mask and anti-vaccine propaganda. QAnon followers had a “huge hand” in promoting the “Plandemic” documentary, which spread numerous unsupported claims about COVID-19 being a money-making scheme, as well as the America’s Frontline Doctors video, in which a physician proclaimed that hydroxychloroquine is a cure for the coronavirus, View said.

Both videos were removed by social media sites including Facebook, Twitter and YouTube, but their alleged “censorship” only served to bolster QAnon claims that powers that be are working to hide the truth, according to View.

“QAnon is ramping up and exacerbating unbelievable levels of distrust in society. You need to understand QAnon as a symptom of a hyper-partisan, distrustful society. That’s what generates something like QAnon, it feeds back and contributes to it,” said Tabery.

A recent poll from Gallup and the Knight Foundation shows distrust in media sources is at an all-time high. Even though the FBI has designated QAnon as a source of domestic terrorism, and there have been a handful of instances where QAnon supporters have come into contact with law enforcement (like when Matthew Wright from Arizona stopped traffic on the Hoover Dam Bridge with an armored truck), Tabery says physical threats posed by QAnon supporters pale in comparison to the dangerous ideas they spread.

“We live uncertain times,” he said. “What QAnon specifically does is it really brushes aside any moral ambiguity and it brushes aside any uncertainty, and it makes things very black and white. There is good and there is evil. You are either team Trump and you support his vision, or you are part of the deep state and you’re trying to undermine his election.”

One of QAnon’s catchphrases is, “Where we go one, we go all.” The group looks forward to a day of reckoning where all the world’s evil will be exposed, and many experts have likened it to a cult.

“It becomes a tribal identity,” said Smallpage. “It no longer really matters who or what Q was in the beginning. It’s so far beyond that.”