Hello, Cornerites! So, was anyone else (48-Down. Steamed ... and like five answers in this puzzle?) TEED OFF when they saw and solved this puzzle?? When I figured out 18-Across (Guitar connoisseur?: AX COLLECTOR), I immediately saw that a T was missing (TAX COLLECTOR), and thought, hmm, this could be interesting. Especially after (36-Across Cabdriver's pickups during a storm?) RAIN FARE (TRAIN FARE), and (1-Down Platform for primates?) APE DECK (TAPE DECK) emerged.

But as I drilled down to the last two, (41-Across Savings for replacing old tools?) RUST FUND, and (62-Across One with a lofty greeting?) HIGH SLAPPER, (TRUST FUND and THIGH SLAPPER) I was less impressed.

Still, it was a fun test - and my "Scrabble" reference in the theme fits, I think, as adding the letter "T" to the first words of the five long answers would allow you to score big points without sacrificing too many tiles . . .

Let's look at the rest of the fill:

Across:
1. Render speechless, maybe: AWE. Often I will use a homophone of this word when I have Facetime with my daughter and grandson ... AWW, he is so cute!

9. Bach's instrument: ORGAN. I guessed wrong with PIANO but perps came to the rescue

14. Family nicknames: PAS. I'm not a big fan of these "forced" three-letter abbreviated plurals; unless of course I am using them in a puzzle that I construct!! LOL!!

15. "Goodies" singer: CIARA. Totally clueless. Not my music genre choice. Yours? Listen and please comment if you want

17. It may be bruised: EGO. Very clever clue, and yes, I've had mine bruised a few times

Abe liked to argue,
As well as fish. It shows he's
A great DEBATER

22. Capers: LARKS. I initally thought of these when I saw the clue: 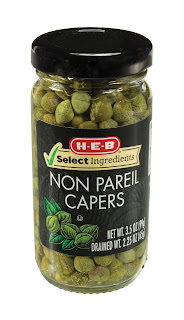 When rams in Trenton
Are paired with female sheep, Do
Folks say, "Hey EWES guys?"

29. Coopers' creations: CASKS. BARRELS didn't fit, but a CASK is a small one

31. Lets go: SACKS. The key to this clue is that the word "lets" is not spelled with an apostrophe

34. Old Austrian money: KRONEN. Plural kronen\ ˈkrō-​nən \ Definition of krone 1 : the basic monetary unit of Austria from 1892 to 1925. 2 : a coin representing one krone. In German the addition of an "N" to a noun usually makes it plural. Spitzboov, Ist dass richtig?

38. Dunkable cookie: OREO. Had the word "cookie" been capitalized, one could argue that it would refer to what Alexander might do to his sister when they are in a swimming pool 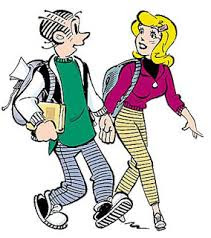 45. Chew out: RAIL AT. Vituperate is another term and synonym 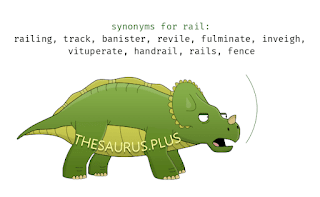 52. "The Wreck of the Mary __": DEARE. This clue and entry appear about once a year, on average

55. Hindu royalty: RAJAS. Rajas (Sanskrit: रजस्) is one of the three Guṇas (tendencies, qualities, attributes), a philosophical and psychological concept developed by the Samkhya school of Hindu philosophy. The other two qualities are Sattva (goodness, balance) and Tamas (destruction, chaos). Rajas is innate tendency or quality that drives motion, energy and activity.

Rajas is sometimes translated as passion, where it is used in the sense of activity, without any particular value and it can contextually be either good or bad. Rajas helps actualize the other aforementioned two gunas.

57. Indulge, with "on": DOTE. There it is: the ninth example from our Thesaurussaurus 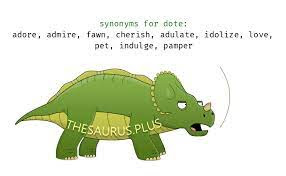 58. Like some bulls: PAPAL. PAPAL Bull. It's actually defined as an edict by the Pope, but I kinda like this cartoon version myself 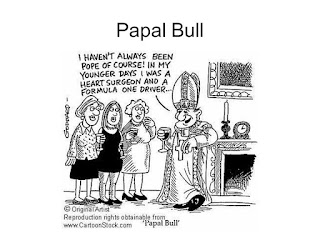 60. Like many tuxedo shirts: PLEATED. Jerry's isn't PLEATED, but it's much funnier! Beware of the "low talkers"

66. Dividing range: URALS. From novaonline.com: " The Ural Mountains (Уральские горы, Uralskie gory, the Stone Belt) as a mountain range run roughly north and south through Russia to Kazakhstan for a little more than 1,500 mi. The highest peak is Mount Narodnaia (about 6,200 ft.), while the average height varies considerably but is often in the 3,000 to 4,000 ft. range. Geographically the Urals are often divided into five parts: Southern, Middle, Northern, Pre-Polar (the highest) and Polar. The Ural Mountains are among the world's oldest mountains, 300 to 250 million years old, and erosion has lowered them considerably. In many places, the mountains are little more than hills. In many respects, the Urals remind me of the Appalachian Mountains in the eastern United States, also old and considerably eroded. The Urals do not form a natural barrier between Europe and Asia. For example, the mountains did not hinder the Mongol invasion of Russia in the thirteenth century"

Down:
2. Fight in a big way: WAGE WAR. In some of the publications for crossword puzzles, the word "WAR" is frowned upon, but apparently the LA Times is not one of them. Just in case you were curious about submission rules

5. 44-Down, once: SIXER, 44-Down. Four-time pro basketball MVP: DR J. I don't think that DR J (aka, Julius Erving) had to take the MCAT's! He best known for playing with the Philadelphia SIXERs in the NBA 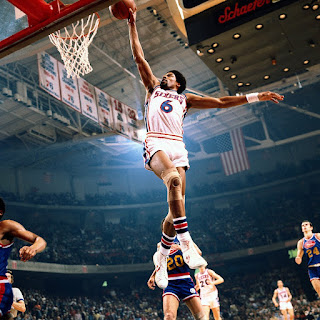 6. Caviar spoon materials: NACRES. Not sure that I knew this. From the French "Cuillère en Nacre", or spoon of Mother-of-Pearl (aka, NACRE). Did they choose this because fish roe taste better on shellfish material? Here is an example of one: 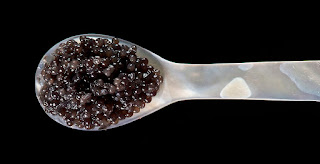 7. Bud: BRO. The word "bud" has many meanings; perhaps adding (slang) to the clue would've made it easier

8. Arrange local transportation: CALL A CAB. How many of you have ridden in a CAB in the past decade or so? LYFT and UBER have seemingly taken over the "taxi" industry

Pollution has made
A noted river smell bad.
The ODER's odor

11. Scores high: GETS AN A. A CSO to our CC poet laureate, OwenKL. He usually GETS AN A from Anonymous T

13. Postal motto word: NOR. Actually, I was happy to see that this clue and entry wasn't the abbr. for NORway. From the USPS: "Neither snow NOR rain NOR heat NOR gloom of night stays these couriers from the swift completion of their appointed rounds". But throw a holiday out there and it will . . .

21. Memorable JFK words after "And so, my fellow Americans": ASK NOT. More famous quotation words, and powerful words they were

25. Needlefish: GAR. From Wikipedia: "Needlefish closely resemble North American freshwater GARs (family Lepisosteidae) in being elongated and having long, narrow jaws filled with sharp teeth, and some species of needlefishes are referred to as GARs or GARfish despite being only distantly related to the true GARs. And now you know 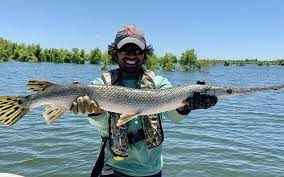 28. Run up a bill, say: OWE. This cartoon guy had quite the healthy bill! Feudal softball game
Became confusing to fans
When they said: "SERF's up!"

32. Golfer with three PGA Championship top 10s after age 60: SNEAD. Nicknamed "The Slammer" for his prodigious strength as a ball stiker.

From Wikipedia: "Samuel Jackson SNEAD was an American professional golfer who was one of the top players in the world for the better part of four decades and widely regarded as one of the greatest players of all time. His swing looked like a metronome

37. Curly-haired "Peanuts" girl: FRIEDA. Oh good! I get to post another cartoon!! 39. Like a mild chili: ONE ALARM. Unlike this guy. Homer goes to the Chili Cook Off:

41. Word of support: RAH. It's also a word found in many sports cheers; football especially: (with a slight correction to what Wilbur Charles entered on Sept 13) "RAH RAH ree, kick 'em in the knee. RAH RAH rass, kick 'em in the other knee"

42. Tabloid topic: UFO. Does anyone buy the National Enquirer? 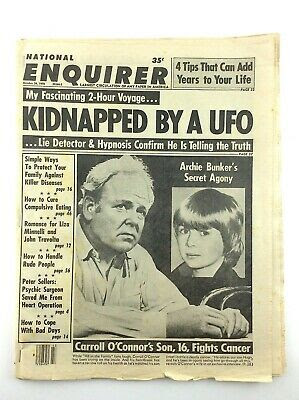 51. Dozed for a bit: NAPPED. Happens to me occasionally

54. Painter Frida: KAHLO. Not to be mistaken with the answer to 37-Down. Her

61. In olden days, once: ERST. Crosswordese

63. Real resentment: IRE. Did anyone else notice the plethora of three-letter entries today? 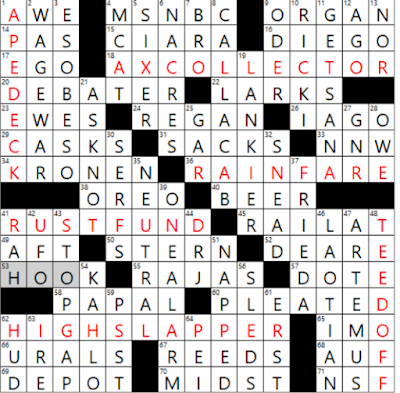 OK, folks! Your turn to add to the comments! Have a pleasant weekend. I am planning to play golf today; don't want to be late for my "T" time! 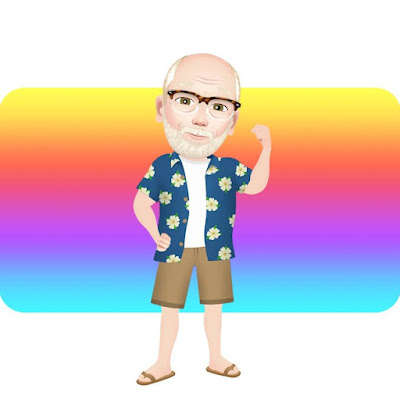