Your cart
Librarian April Cushing is head of Adult and Information Services at the Morrill Memorial Library. Read her column published in the March 19, 2020 issue of the Norwood Transcript & Bulletin.

I think I’m officially losing it. In this case, “it” refers to pretty much anything of importance I lay hands on. My mother called it carelessness. It’s not a recent affliction with me, but it may be getting worse. It’s definitely getting more frustrating. After my most recent episode, I realize I need to take action. 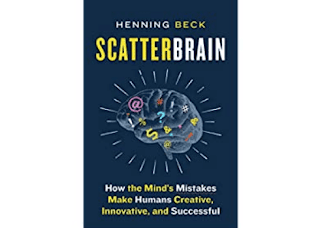 I come from a long line of losers. My forebears (by marriage) lost waterfront property on the coast of Maine by neglecting to pay the taxes. My immediate loved ones have misplaced everything from wallets to watches, cell phones to shoes, coats to cameras (remember them?). I managed to lose one of my few valuable pieces of jewelry—a single sapphire earring--at my daughter’s wedding in England last year. I beat myself up over that one for days.

Not long ago I got a call from a recycling company in Ohio. Had I left a laptop on an Amtrak train to DC last summer? No, but the daughter to whom I’d lent it had, I discovered. I couldn’t even be mad at her because it’s exactly the sort of thing I’d do. My new friend at the recycling company reset the password and mailed it back to her in Brooklyn, gratis.

A couple months ago I lost my keys. I lent them to one of my kids who borrowed my car and did, in fact, return them. Moments later I sped off to the Cape for the weekend in my trusty, keyless-entry Prius. When I pulled into the Harwich Stop & Shop and tried to lock the car containing my priceless (to me) pup, the key fob was nowhere to be found. I checked pockets, purse, on the seat, under the seat, around the seat. Nothing. But since I was able to restart the car by simply pushing the ignition switch, I wasn’t too worried. The key, with its proximity sensor, had to be nearby. When I got to the house I turned off the car, then immediately tried powering it back up. Upon hearing it purr to life I unpacked the Prius and figured I’d find the key in the light of day.

Big mistake. The next morning, my no-longer-trusty vehicle refused to start. But the key was in the car last night! So I did the only logical thing—repacked the entire car and tried again. Still nothing. Had I lost my mind in addition to my keys?

My neighbors got involved. Flashlights were produced and magnets deployed to search the groundcover by the driveway. Apparently starved for a challenge, they volunteered to turn my house upside down, which was more worrisome to me than the actual loss of the key. I ended up borrowing my neighbor Jen’s car and drove back to Norwood to retrieve the spare key which was, mercifully, hanging on the hook. I drove back to the Cape, refilled the tank, bought Jen a gift card for her generosity, and quickly tried to tidy up my house in case my well-meaning neighbors decided to pull a fast one. Being a loser can be physically and emotionally exhausting.

With all the advances in technology, I wonder why they can’t design an app to find your…. fill in the blank. Like a universal Lo-Jack. The Find My Phone app has been a godsend, but why stop there? Someday such a thing will no doubt exist, but probably not in time to save me from myself.

From then on, my spare key and I were inseparable. Pulling up to my house one day I heard a soft thunk from below. Again, I retrieved the flashlight and go exploring. And there it is, lying oh so innocently directly beneath the driver’s seat, taunting me with its presence. Dueling emotions flood in: relief at finally having found it and embarrassment at having to admit where. It must have slipped between the car seats and decided to come out of hiding only after we’d suspended the search. Why my Prius didn’t pick up the proximity sensor remains one of the Great Mysteries of Life.

I enjoyed a few blissful weeks free of separation (from my stuff) anxiety until the monster struck again. This time, the missing item is gone for good. On the plane to Mexico last week to attend a time-share presentation in exchange for some dubious perks, I whipped off an entire draft of this column on the stresses of preparing for a trip. With the deadline a mere hours after our return, I was feeling quite pleased with my unusual lack of procrastination. When the fourth consecutive cloudy day dawned I broke down and stuffed pen and papers into the beach bag. You can perhaps guess where this is going. Putting down the engrossing memoir, “The House at Sugar Beach: In Search of a Lost African Childhood,” by the New York Times White House Correspondent Helene Cooper, I reluctantly reached inside my satchel to start the editing process. The legal pad containing my deepest thoughts was por ningun lado--nowhere to be seen. Desaparecida, gonzo.

Frantic calls to Lost and Found, Housekeeping, and a visit to the front desk to personally scan the list of found items (lots of shoes, shawls, an errant Nintendo), were in vain. Seriously, who would want to abscond with someone else’s chicken scratch? I wondered aloud. “No one,” my husband assured me. “I’m sure it got tossed.” It must have fallen between the chairs and discarded during the nightly beach sweep.

There was some obscure comfort in the knowledge that no matter how diligently I searched, my beloved legal pad would never reappear. I pictured the crumpled yellow pages slowly disintegrating among the other detritus in a remote Mexican landfill, and then let it go.

Determined that this latest loss would not be in vain, I vowed to mend my miserably, misplacing ways. Or at least try. Other than praying to St. Anthony, the saint of lost things, you can check out some helpful books at the library, as long as you don’t lose them. During the coronavirus quarantine I plan on perusing “Organized Enough: the Anti-Perfection’s Guide to Getting and Staying Organized,” by Amanda Sullivan. And if I don’t misplace that I might move on to “Mindfulness for Beginners: Reclaiming the Present Moment—and Your Life” by Jon Kabat-Zinn. I’m particularly intrigued by Henning Beck’s recent “Scatterbrain: How the Mind’s Mistakes Make Humans Creative, Innovative, and Successful.”