February 2nd is Groundhog Day! Tradition has it that Groundhogs can predict whether 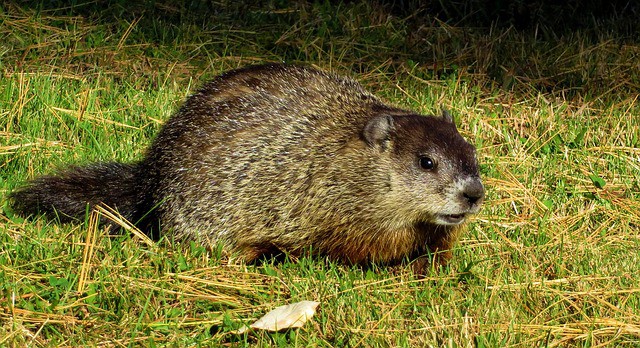 winter will continue or spring will come early.

In the 1993 movie, Groundhog Day, Bill Murray plays a grumpy TV meteorologist. He is sent to Punxsutawney, Pennsylvania to report on Groundhog Day. Murray hates the town and its cheery residents so when he gets stuck in a time loop living the same day again and again, its somewhat of a nightmare for him.

Living the same day again and again forces Murrarys character to examine his life and priorities. Finally, by making some changes he is able to break out of the cycle and move on with his life.

Like Bill Murrays character, many people living with ADHD experience their own version of Groundhog Day.

It was Friday morning and Sara felt happy that she had managed to get up after pressing snooze only 4 times. She had been late to work every day this week and her boss was watching her closely.

Even so, she was still running late, and there was no time for breakfast. She ran into the shower, decided what to wear by picking clothes up off the floor and selecting the ones that looked the least creased.

Her heart was racing a little because she knew she had to leave in exactly 4 minutes to have any chance of arriving to work on time. She grabbed her phone and work bag, but where were her keys? Her heart sankthey could be anywhere. She glanced around the hallway; there was no sign of them. As she was running up the stairs to check in her bedroom, she turned her head and noticed they were on the sofa. Phew.

As soon as Sara got to her car, she put the local radio on because they give updates on the traffic conditions. Arriving to work on time relied on the roads being completely clear. Even a small hold up, would mean being late.

Sometimes Sara did really complicated detours to avoid the traffic jams, which didnt really save time, but it felt better than sitting in traffic.

The cheerful radio host announced there was traffic on the bridge. Oh thats right, they had been doing construction there for 2 months now. She always forgot until she was almost on the bridge.

Sara figured since she was going to be late, she may as well do a Starbucks run. She would get a coffee and something for breakfast because she was hungry. The drive through line up was long so she decided to use the time wisely and answer some work emails.

Sara reached for her phone and started answering the 1st email, but then a text arrived from her friend Lucy. Oh thats right, it was Lucys birthday and they were having dinner tonight.

Sara had bought a gift, but she had left it at home. Lucy always remembered everything so she couldnt show up without a birthday gift. There was no time to go home before dinner, and trying not to panic, Sara created a plan B to go out during her lunch break to pick up a new gift.

When she got to the front of the line to pay, Sara couldnt find her wallet. Her bag was pretty big and as she hunted around in it, she found lots of useful items but no wallet. Where was her wallet? Oh thats right, she went out last night, used a different bag and didnt move the wallet back to her work bag.

Luckily, she had lots of stray money floating around her bag so she could still pay the server. It took time to track it down, and she was aware of the big line up behind her. OK there! She had enough.

Whenever she paid for something in cash, rather than putting her change in her wallet to save time, she would throw the money in her bag. She knew it was a bad habit, but it did help for emergencies like this.

As she drove away, Sara took one sip of coffee wow that was hot. Save it for later. She a took a bite out of the bagel and brushed the crumbs off her best trousers. Then she remembered she hadnt put any makeup on yet.

Saras day continues like this all the way until bedtime. It is a really stressful way to live. And the next day is the same.

How do you get out of your Groundhog Day?

Reflection sounds like a luxury activity when you are so busy. However, reflection, even for a few moments, helps us to process an event, learn from it and decide what we would do differently next time.

Without reflection time we repeat things again and again, even if they make us miserable and unhealthy. We get stuck in our Groundhog Day.

Sara decided to try it out. Every day she spent 5 minutes thinking about her day, what happened and what she could do differently. She found it helpful to jot notes down on a big piece of paper.

Once she realized what wasnt working she started to change her habits. It didnt happen overnight because new habits take a little while to develop. However, with each new habit she felt happier, calmer and more organized.

Here are some of Saras new habits:

Sara put a checklist on her front door to remind her of all the items she needs for the day.

She got into the habit of putting her keys on the key hook by the front door the second she arrives home. The hook had always been there, but she just hadnt noticed it before.

Sara looked on Google maps to tell her how long her drive to work really took in traffic. It was 20 minutes longer than her optimistic version. However, knowing was a huge relief because in the past she blamed herself for being late. Now she knew why and could plan accordingly.

She packed her bag before going to bed. She looked at her calendar to help her remember what was planned. Then she could include all the relevant items including birthday gifts, gym clothes and things for work.

Sara started to put money in her wallet. It only took a few moments, and it made her feel really good.

She emptied her bag fairly regularly so that it was easier to find items.

Sara learned how to do laundry the ADHD friendly way.

She got up 30 minutes earlier and had a quick ADHD friendly breakfast. This was healthier than eating out, much more relaxing and saved her money too.

Sara was shocked how easy it was to stop pressing snooze now that her life became calmer. She didnt mind getting up in the morning.

She continued to reflect on her day for 5minutes.

This week try reflecting on your day for 5 minutes!

The post ADHD And The Groundhog Day Cycle appeared first on Untapped Brilliance.