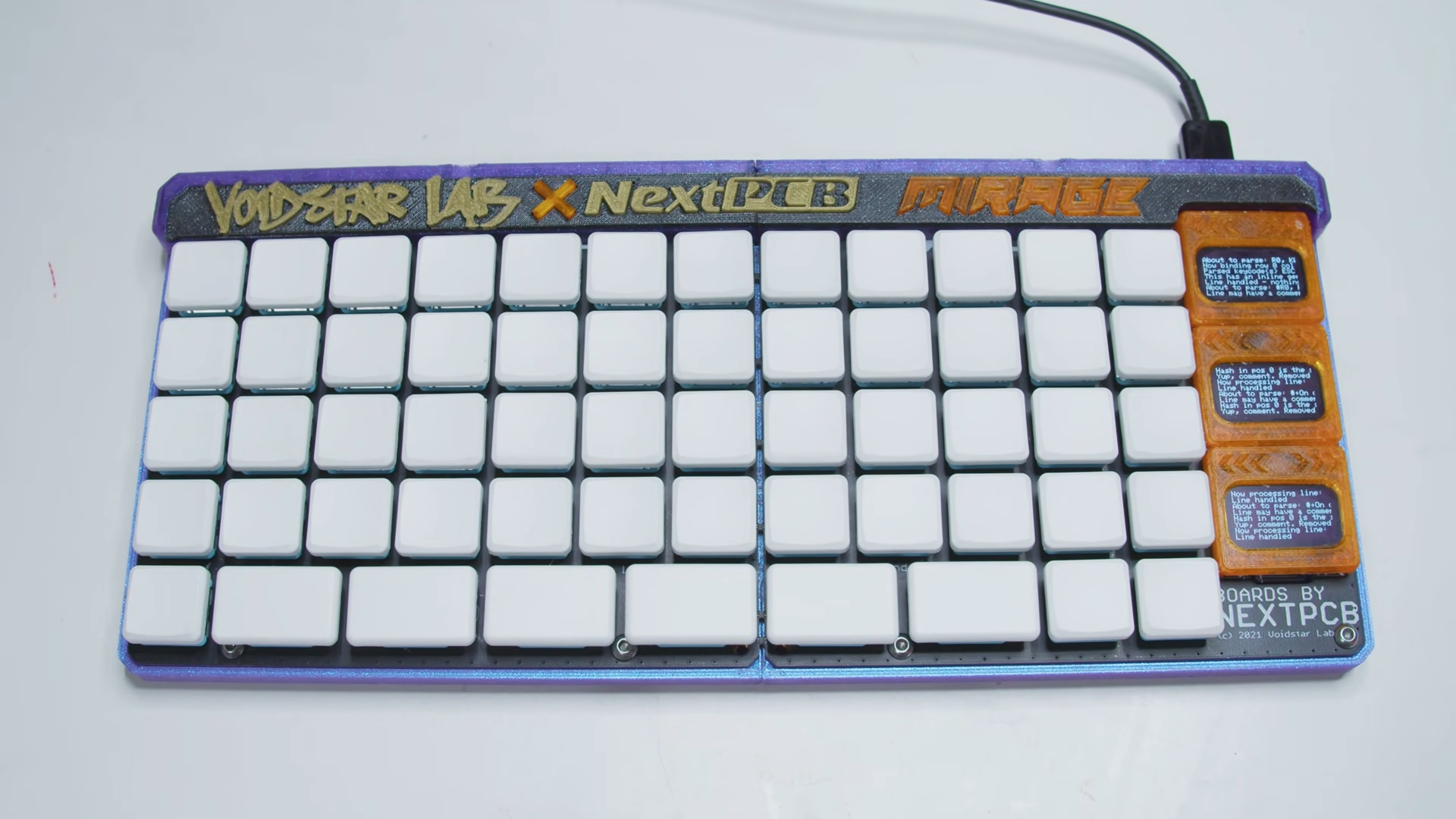 There are a huge number of available keyboards out in the world these days, catering to all of the plainest and the most advanced desires. However, if you want something that’s just right, sometimes it pays to build your own. [Zach] did just that.

One of the key features of [Zach]’s build is that it diverges away from the Cherry MX switch form factor. The design uses low-profile switches instead, which help with keeping the keyboard low enough to avoid it causing wrist problems. The keyboard also uses IO expanders to hook up all the key switches, helping to reduce the incidence of ghost keys. The board can also be split in half, allowing it to be repurposed as a smaller macropad when desired.

It’s all wrapped up in a cool 3D printed case, and there are even three OLED displays on the right-hand side. They’re soldered to the PCB on special cutouts that allow the displays to flex and trigger tactile switches, acting as giant pressable buttons.

[Zach] does a great job explaining all the nifty engineering decisions he made to cram maximum functionality into the design. We’ve seen some other great DIY ergonomic designs too. Video after the break.